Dwight D. Eisenhower, born 122 years ago on October 14, left his mark on the world. Besides distinguishing himself as commander of Allied troops in Europe during World War II, he served two terms as President of the United States.

Less well known about Ike was his love for bridge. From his early years in the U.S. Army right through his presidency, Eisenhower maintained a great enthusiasm for the game.

During the campaign in Europe, he often relaxed by playing bridge. The day of the first Allied invasion following the fall of France, Eisenhower played bridge at Gibraltar with three other generals – Mark Clark, Alfred M. Gruenther (a tournament director in the Thirties) and Harry C. Butcher.

Eisenhower maintained his relationship with Gruenther through his days in the White House and after. In fact, the Eisenhower archives contain dozen of boxes of communication between the two – some strictly about bridge hands.

A White House aide once wrote to Gruenther on Eisenhower’s instructions reminding Gruenther about a 2 p.m. card game. The memo included some notes about a control-asking system Eisenhower wanted to play. The aide wrote, “I was directed to get this in your hands at the earliest possible moment.”

In 1961, Eisenhower came to the Summer Nationals held at Sheraton Park Hotel in Washington D.C. with his friend Gruenther. Ike kibitzed Alvin Landy and Jeff Glick playing against Bill Passell and Dave Mason in the Masters Knockout Teams. His visit got nationwide new coverage.

Legendary tournament director, Al Sobel later said one of his greatest thrills, included “the night I escorted President Eisenhower around the Sheraton Park Hotel in Washington to show him what a National tournament looked like.

“As we went down the grand staircase, he held my arm. I still preserve that spot on my elbow and never rest it on a bar.”

Of Eisenhower’s bridge ability, Hall of Fame member Oswald Jacoby said that Ike was “capable of holding his own in the best club games below the most expert.” 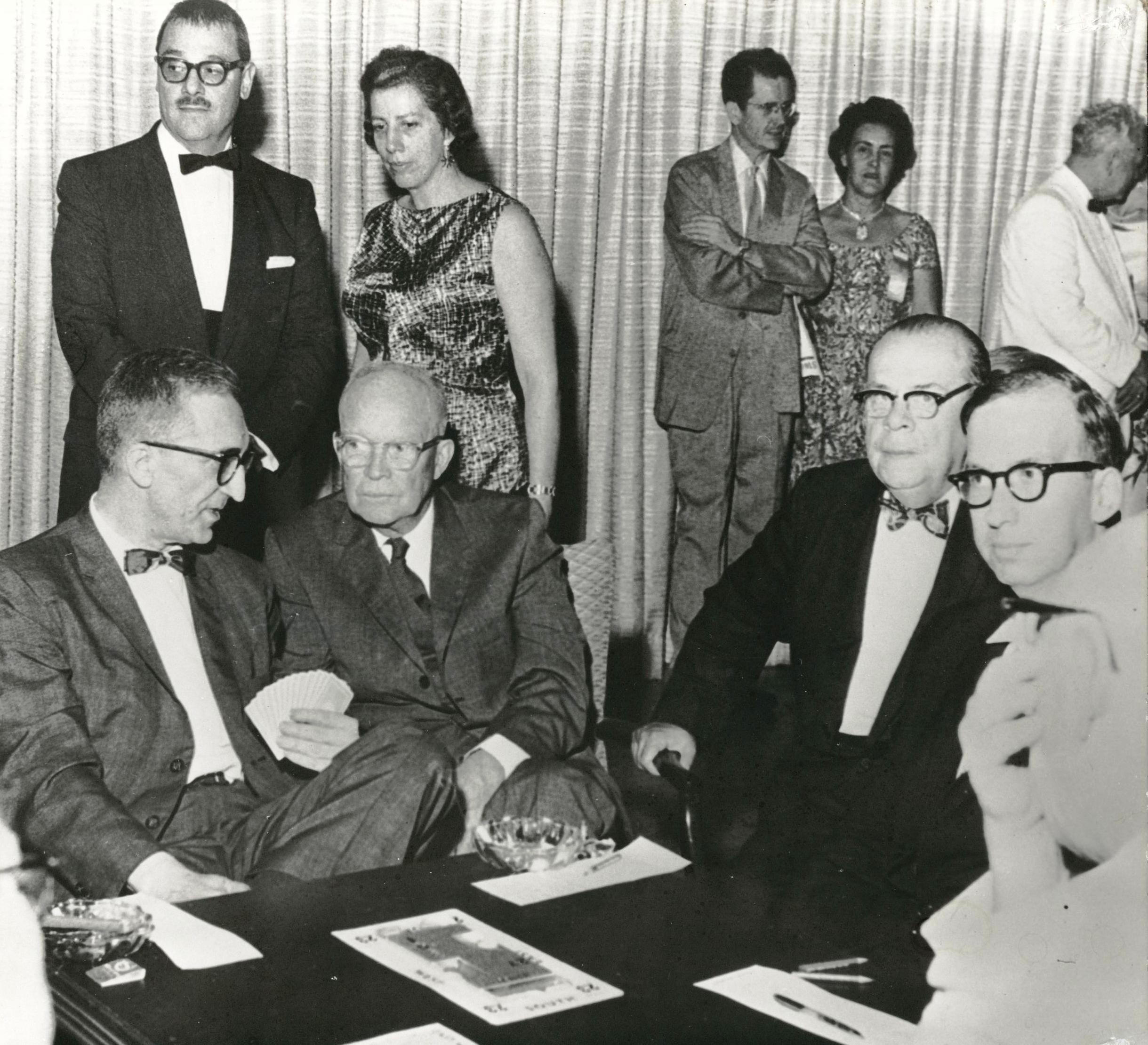 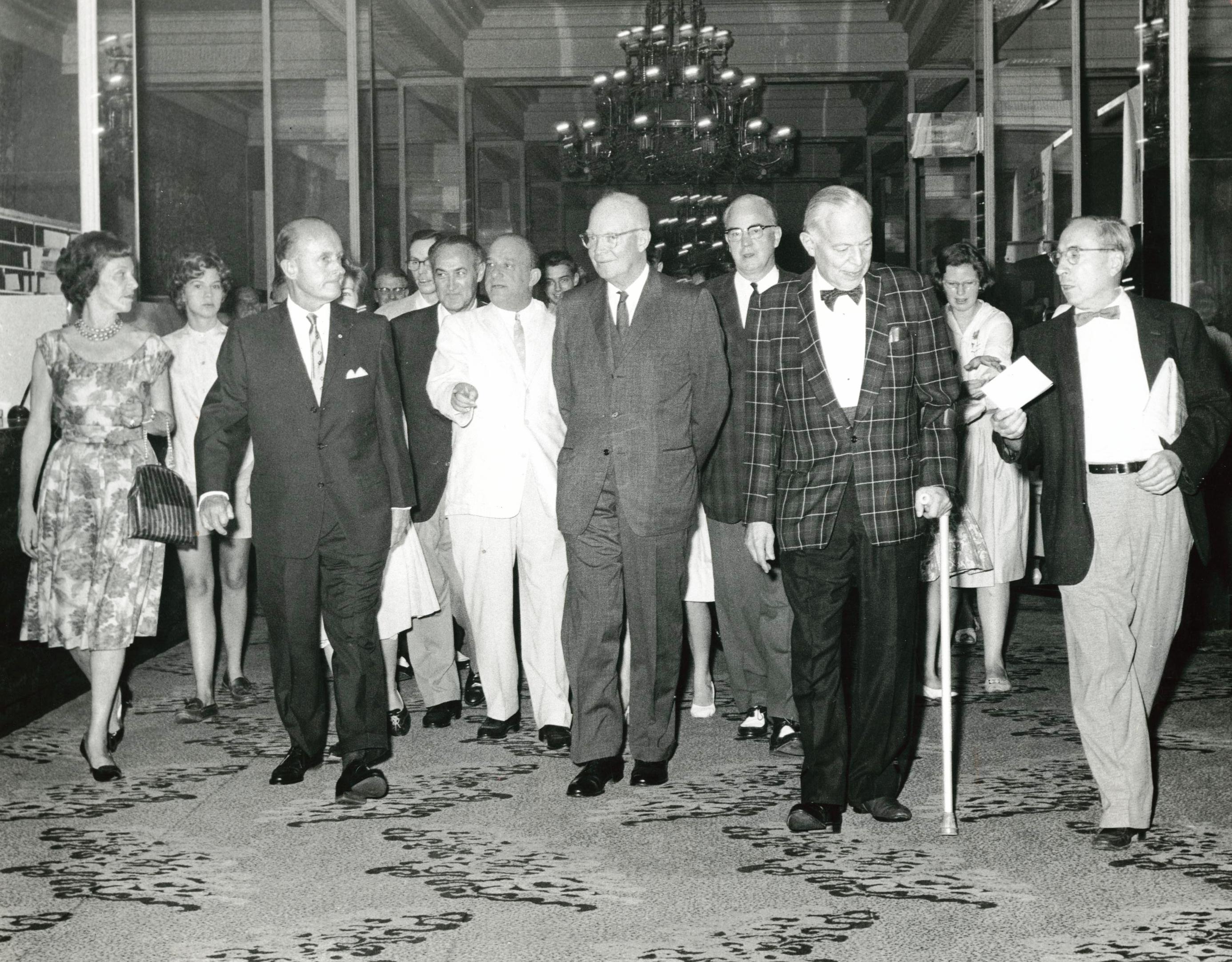